Few of us can match the enthusiasm of our latest recruit Rosie Canus. She leapt from lap to lap punctuating every sentence of Chris’s reading with a yelp of delight. She went so far as to lick Tony’s face when he congratulated Chris on his smooth connection from the Greek philosophy of thesis, antithesis and synthesis, through the Age of Enlightenment to the inner-workings of a Volvo diesel truck engine.
Chris’s project, Karl Marx and Careful Driving is a unique record of a truck-driver-philosopher’s trips to Kazakhstan back in the day. He treated the group to another two thousand words and the ensuing discussion ranged around: empirical didactic in non-fiction; the role of the author as pedagogue, pack-animal hierarchy and Rosie’s place in it, and the crisp yet yielding texture of Linda’s excellent chocolate brownies.
After the critique of Chris’s writing we moved on inexorably to punctuation and the role of the comma.
Severn Valley Authors is now a member of the National Association of Writers Groups and we also discussed ways to make its presence felt in the local arts community.
Posted by Robert at 09:28 No comments:

This week the group discussed the second chapter of Robert's novel-in-progress The Spaniard's Wife. All I knew about this was that Robert had described it as a work of 'faction', i.e. a novel woven around actual historical events. As the newest member of the group I had to do my homework and read the first chapter as well as the one under scrutiny. Far from the rather stately historical saga I was expecting the extract turned out to be a gritty, not to say brutally realistic depiction of 1912 Glasgow which reminded me of Martin Scorsese's film Gangs of New York. All quite a departure from Robert's children's book Olympic Mind Games. The Spaniards' Wife promises to be an impressive, wide-ranging and ambitious novel and we look forward to reading further chapters. Meanwhile, group members bemoaned how tired they were by - if not of - their 'day jobs' and the problem of finding the time and energy to write when writing is a sideline and not the main means of keeping the proverbial wolf from the door.
Trying to avoid sounding too bitter, Chris had a rant about Jonathan Creek star Alan Davies who was apparently heard complaining about how boring it was promoting his new book on The Simon Mayo Show. Robert also showed signs of world-weariness when the conversation ranged from Derren Brown to Dan Brown - one Brown had apparently successfully predicted the lottery numbers, the other had played and evidently won the booktrade lottery that day with the publication of The Lost Symbol - which, for all its commercial success, Mark Lawson in The Guardian described as "a puzzling, rollicking piece of tosh".
While all little-known authors lose the plot from time to time, the prize this week must have gone to Linda who - exhausted after a gruelling working week - came out with the idea that Arthur Ransome had just died. In fact, although a new biography had been published last month (which might explain why Linda thinks she has recently read about him in the papers) poor old Arthur died in 1967. It all goes to show it certainly isn't easy to hold down a job, write in your spare time and keep up to date with the latest literary news.
Posted by Tony Gillam at 20:03 No comments:

Welcome to the SVA blog. Until last week I didn't really know what a 'blog' was. The internet was just a useful tool to send emails. Now I am faced with all sorts of dilemmas: can I blog and Twitter at the same time? Should I Google or should I Bing? Why would a search engine be named 'Dog Pile'? Anyway, my friends at the SVA have forced me into the 21st century, so here goes.

We meet every two weeks in the beautiful Worcestershire town of Bewdley, famous for its 19 pubs, 5 Indian restaurants and more litter than a McDonald's wheelie bin. The town is surrounded by beautiful woodland and open country and of course the River Severn.

Last week we discussed Anthony's short story 'Drinking with Alphonse', which I thought was a great title. The story revealed much about Anthony's mis-spent youth as a student in France. It was clear that he did more drinking than studying. The story threw up (excuse the pun) many topics for discussion: When is a short story not a short story? Must there be a beginning, middle and an end or indeed what we traditionally consider to be a plot? When is it permissable to break the rules? Rob thought it was, as long as you knew the rules and when you were breaking them. Can you introduce your main character - in this case Alphonse - half-way through the story? There was no real agreement on this, but I thought it was amusing and it kept my interest. Should there be speech marks around a thought? We thought not. And lastly one for the pedants to get their teeth into: How many dots should there be in an ellipsis? There was considerable discussion on this point, but I will let one of my more learned friends illuminate.

Please put your anoraks on and send us your pearls of wisdom on these topics and any others that you would like to discuss. Send all corrections to spelling and punctuation errors from this blog to someone you don't like.

Linda
Posted by Linda Bruce at 13:27 No comments: 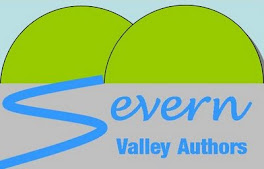